The idea of the project was to build wings as a theatrical prop together. The feathers of the wings were to be composed of letters from words selected by participants of workshops. Everybody found words important for themselves and made them in such a way that they could be attached or glued to the artefact under creation.

The aim of the workshops was to show a dialogue of cultures and the universality of stories of human feelings by presenting myths of Orpheus and Eurydice and Layla and Majnun as different stories of the world of emotions common for all people irrespective of origin, race and colour. The workshops also served as an encouragement to explore literary works from beyond the European canon of literature, to seek similarities and differences between them, to analyse them and to draw conclusions. It was also an opportunity to use visual art materials and techniques and to combine individual and group work.

The workshops resulted in the creation of a model of wings that represented the world of participants’ emotions. The concepts important for them included feelings common for many people, such as love, friendship or loyalty, but also individual terms, such as names of persons, animals, places or objects or abstract concepts.

The activities were carried out in the form of workshops for a permanent group of children. The last meeting was a form of happening – a workshop open to all age groups, during which everyone could join creative work and make their own contribution to the artefact under formation. The project ended in a photo session with the jointly created theatrical prop. 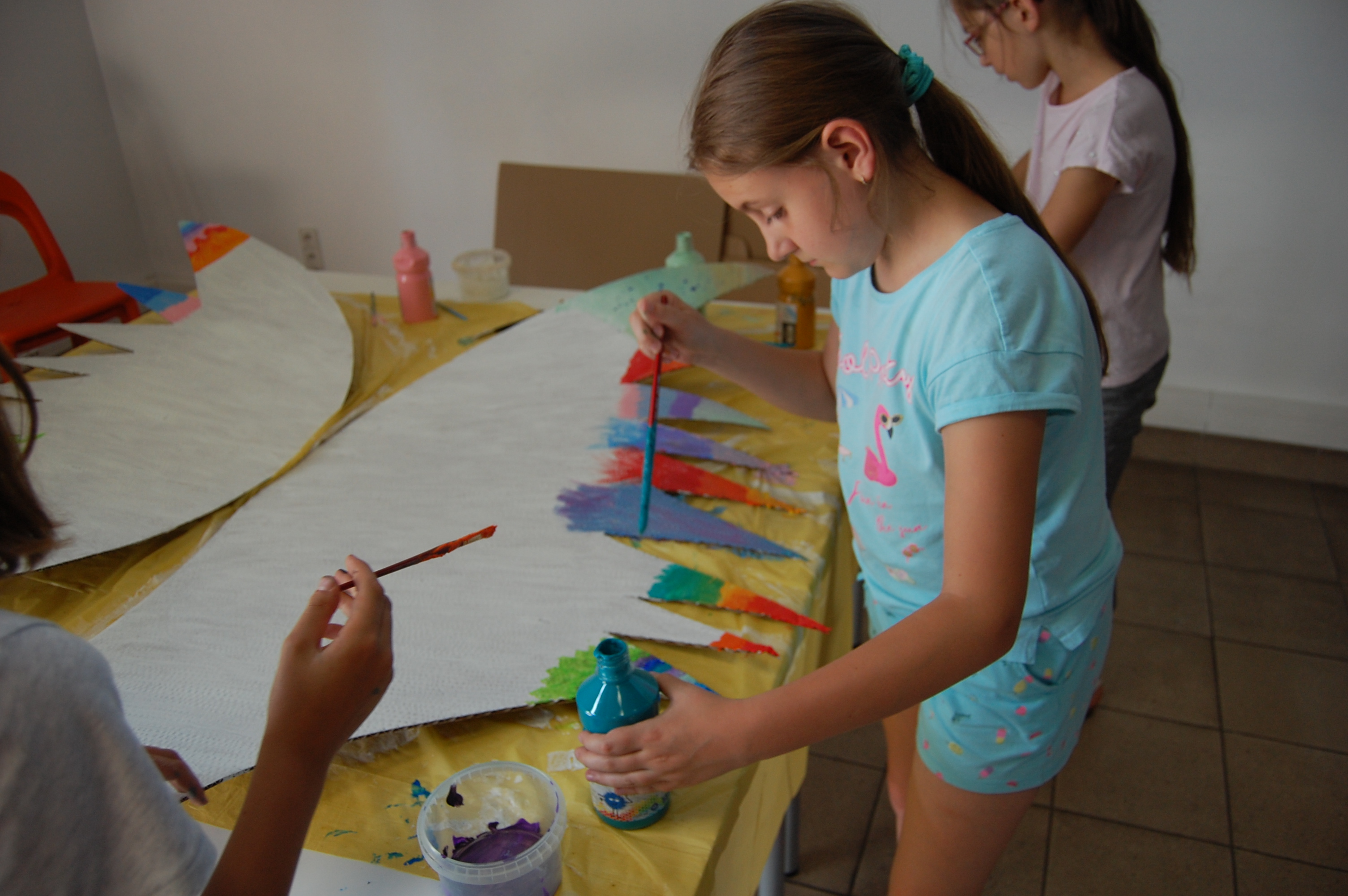 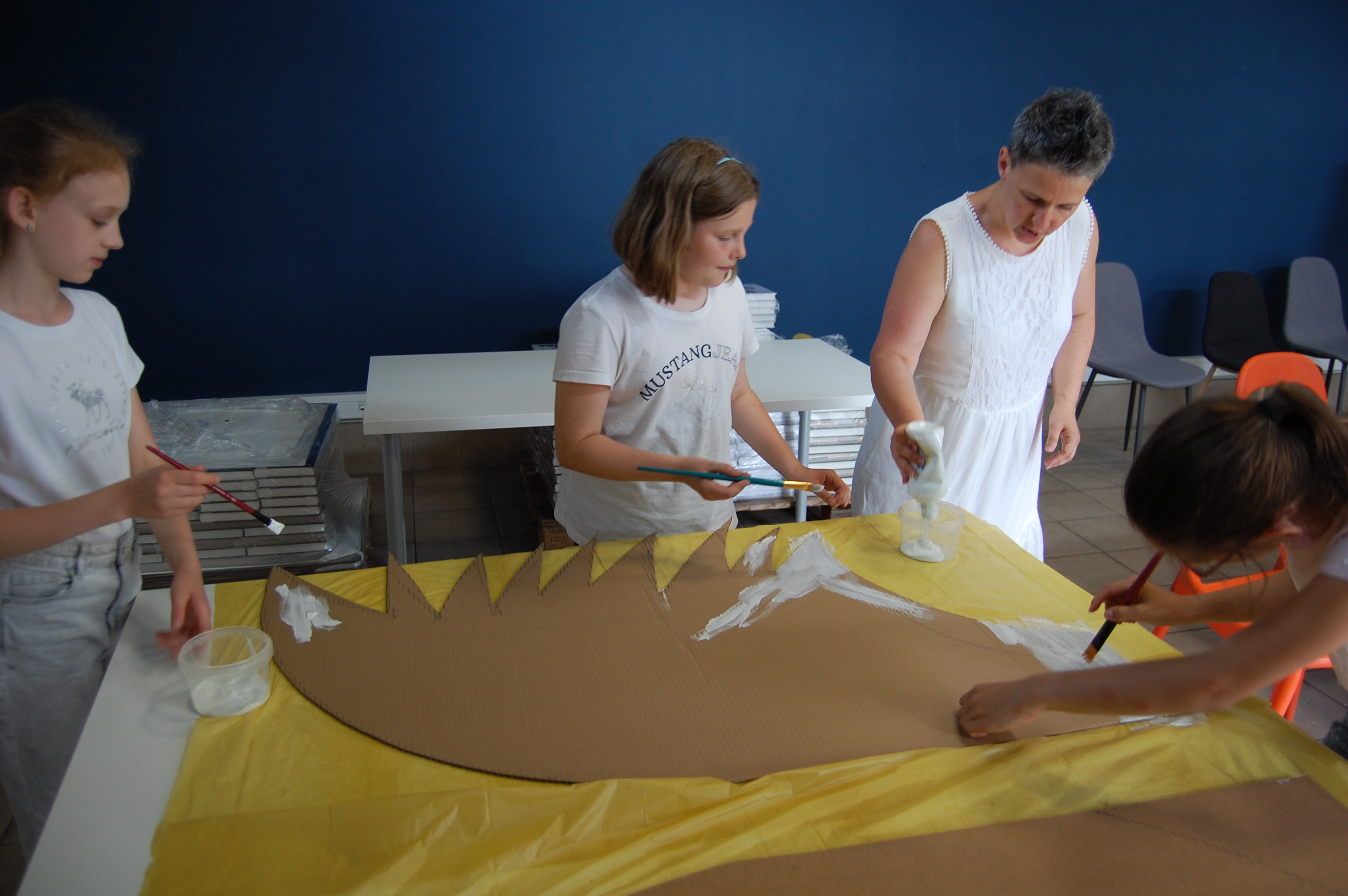 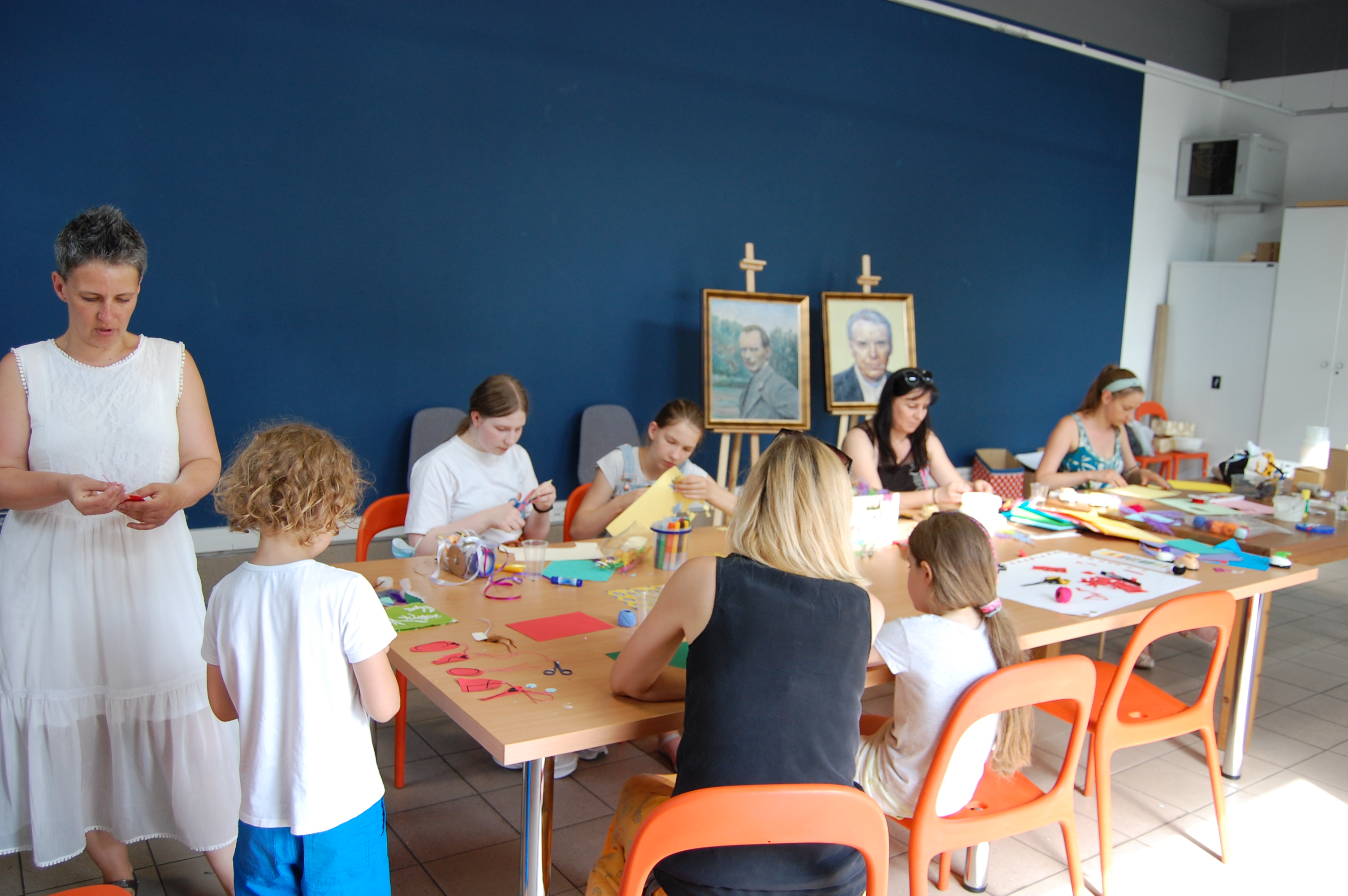 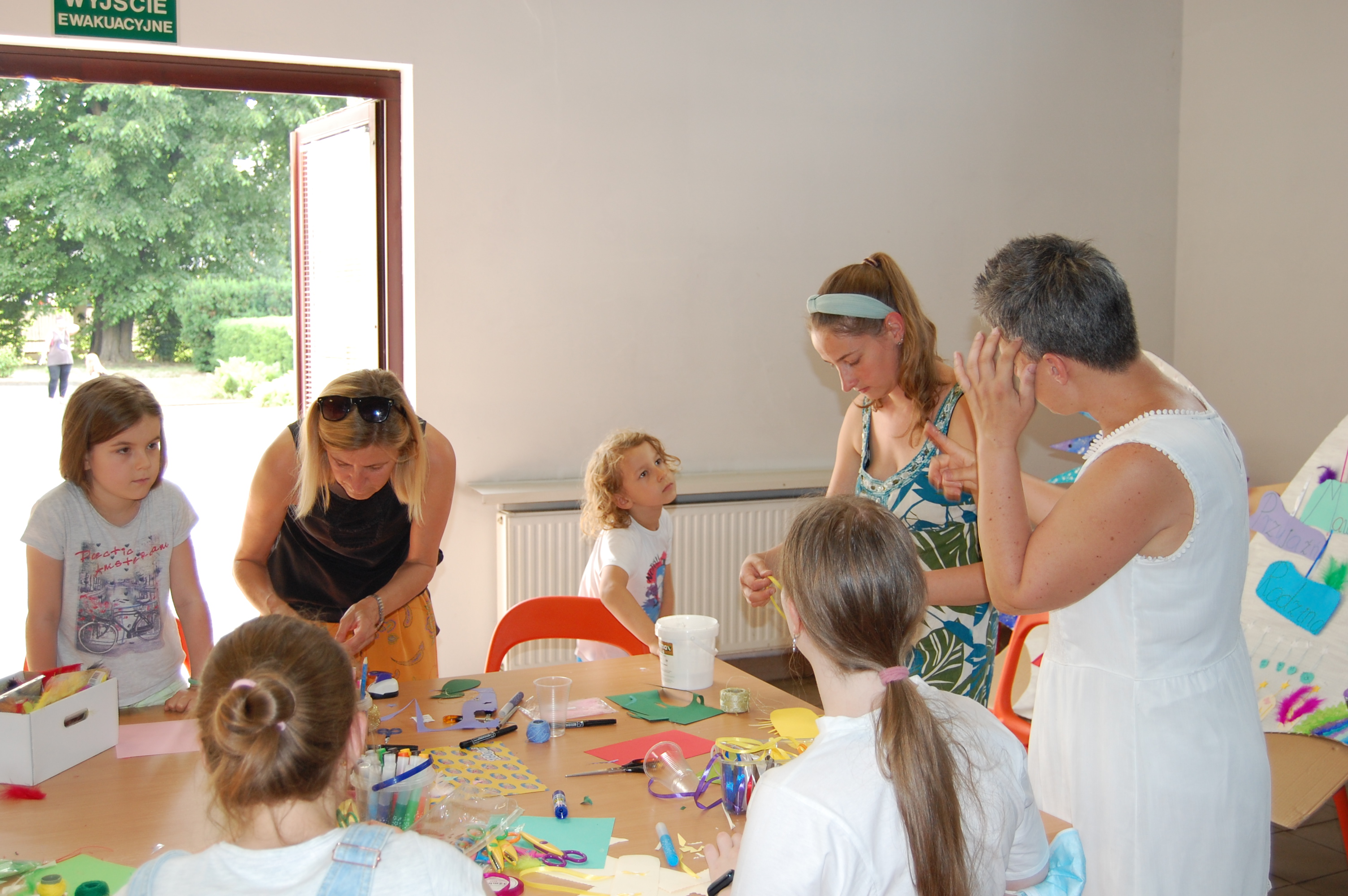 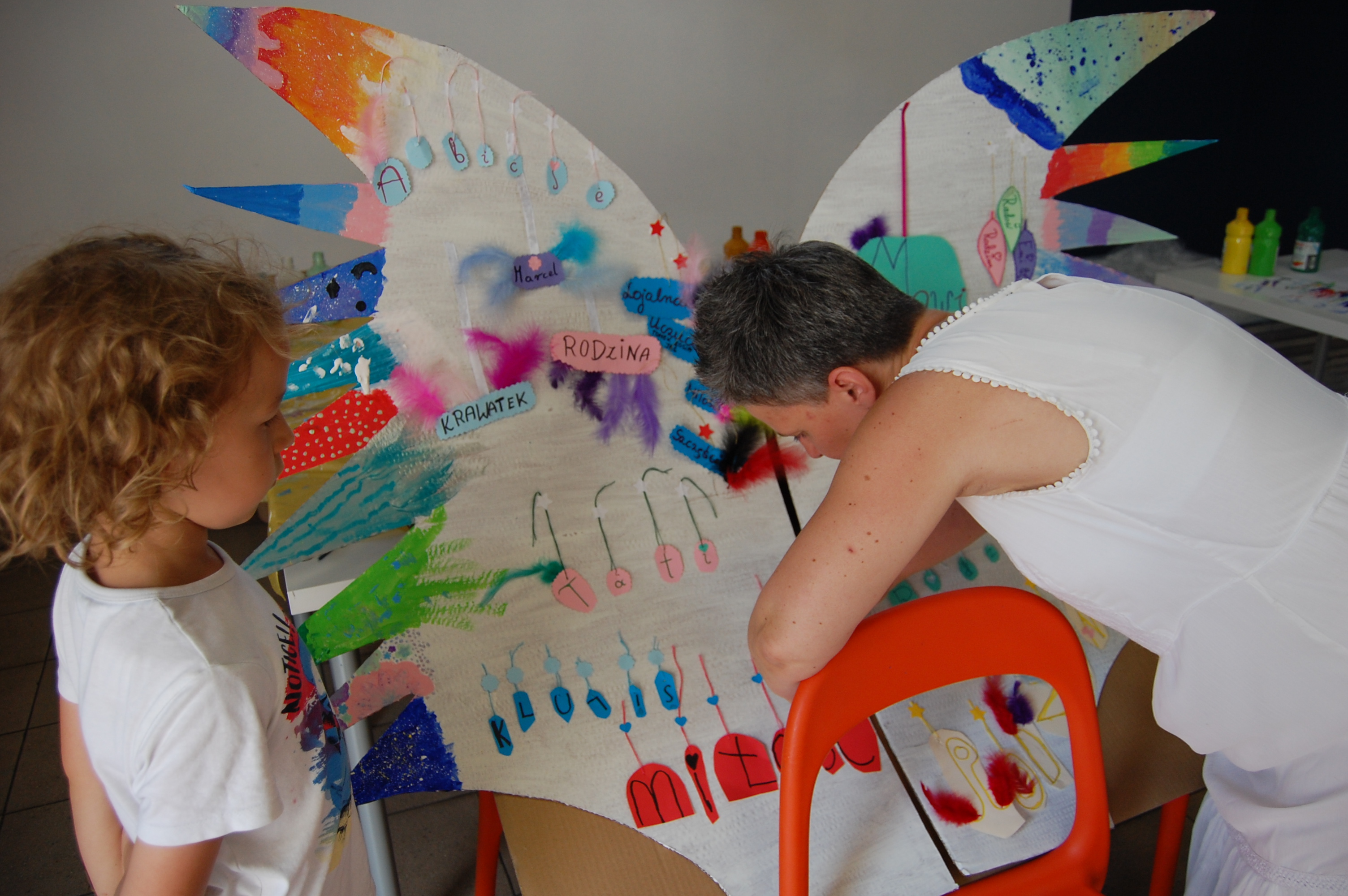 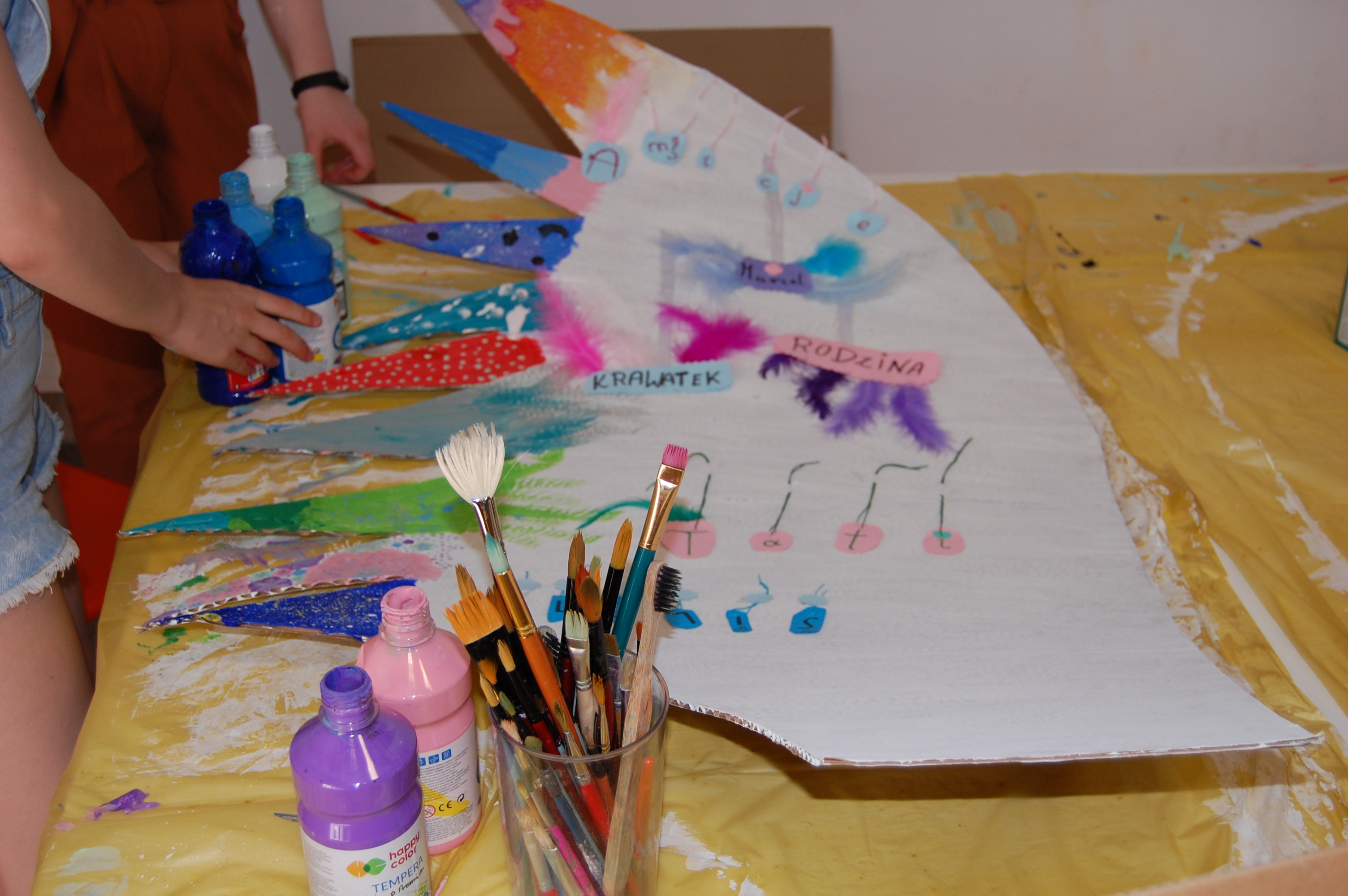